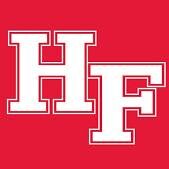 The Homewood-Flossmoor High School Board granted tenure to 13 teachers starting with the 2015-16 school year.

These teachers have successfully completed four years of probationary status and were recommended to the board by Superintendent Von Mansfield, Principal Ryan Pitcock and department chairpersons.

Mansfield said the number of newly tenured teachers is about average. He said as long-time staff take retirement, new teachers come into the district and move up through the ranks. He expects these teachers will be with the district for 15 years or more.

In other business, the board hired China native Yin Ding to teach Mandarin Chinese starting in 2015-16. She had been an English language teacher in China. Mansfield believes she will have little trouble transitioning into her position at H-F. Ding will be working with H-F students, as well as students from H-F’s feeder schools Parker Junior High in Flossmoor and James Hart Junior High in Homewood, as she helps develop the new Chinese language program.

The board also accepted, with regret, the notice of retirement of teacher Russell Sayler who has been teaching math at H-F and other schools for more than 30 years.