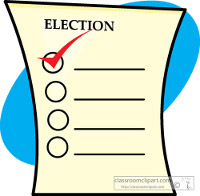 With only 148 votes separating the first and fourth place finishers, the race for the Flossmoor School District 161 Board of Education was the tightest contest on Election Day 2015. Three of six candidates — one incumbent and two newcomers — prevailed in Tuesday’s school board election.

Incumbents came out on top in the other contested races in Homewood and Flossmoor. Three current Flossmoor Village Board members were returned to office and four Homewood-Flossmoor High School board members fought off four challengers.

In District 161, newcomer Michelle Hoereth came in first with 1,422 votes. Merle Huckabee, also new to the board, took second place with 1,319 votes. Incumbent John Simmons was re-elected with 1,310 votes. The Cook County Clerk’s office reported those numbers with 25 of 25 precincts reporting.

Cameron Nelson, who waged an aggressive campaign that was critical of the District 161 board and administration, came in fourth with 1,274 votes. Incumbent Gregg Lunceford, the current board president, fell short of re-election with 1,137 votes. Cassandra Lickert received 1,015 votes.

“I’m really excited to be one of the three who were elected,” Hoereth said. “I’m looking forward to joining the board. I think we will have a good combination of new faces and veterans on the board. We are just starting to put together the strategic plan for the next five years so it is a good time to join the board.”

Hoereth said her run for the school board was the first time she had ever sought an elected office.

“It’s an exciting process,” she said. “I didn’t realize it would be so exhausting. But you genuinely get to see democracy in action. This shows what an election is like in a small town, and that people can get very engaged.”

Flossmoor Village Board incumbents Perry Hoag, James Mitros and James Wilder were re-elected on Tuesday. With nine of nine precincts reporting, Hoag came in first, with 1,021 votes. Mitros received 984 votes and 967 persons voted for Wilder. Dennis White was the sole village board challenger; He received 854 votes.

Hoag was first elected to the board in 1994 and Tuesday marked his fifth successful run for office in Flossmoor.

“I’d like to thank the voters for supporting me again,” he said. “I think their support is reflective of the excellent work we do in the financial management of the village.”

Hoag also thanked White for his participation in this year’s election and for running “a very classy campaign.”

“I hope he stays involved in our community,” Hoag said. “I believe he has a real future in this village.”

In Homewood, three incumbent trustees – Jay Heiferman, Lisa Purcell and Karen Washington – were unopposed and were re-elected to the village board. Their vote totals were, respectively, 1,216, 1,221 and 1,204. Marilyn Thomas, also unopposed, was elected to a two-year unexpired term as village clerk, she received 1,353 votes.

Three incumbents and a newcomer were unopposed in the race for the Homewood School District 153 Board of Education. Incumbents Alexander Bosch (1,012 votes), Steven Anderson (1,038 votes) and James Schmidt (1,017 votes) were re-elected, and Ashanti Bethea (977 votes) was elected for the first time.

Deborah Dennison, running for the first time in the Homewood-Flossmoor Park District, was elected to a six-year term as commissioner. She received 2,631 votes and was unopposed.