Do you want a Trader Joe's to locate in Homewood? 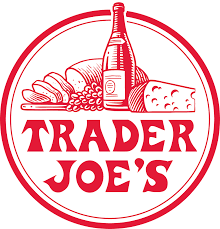 Homewood Mayor Richard Hofeld does. He's been communicating with the company periodically for eight years in an effort to convince its officials to open a store here.
Now there is an opportunity for local Trader Joe's fans to pitch in.

Hofeld said a resident stopped by Village Hall on Saturday, June 23, and let him know that Trader Joe's website has a form inviting patrons to make a case for having a store in their town.  Hofeld immediately sent a pitch to the popular specialty market.

"I said 'This is the right place to be,'" Hofeld said, employing the village's slogan to make his pitch.

He said he also pointed to recent successes attracting other popular businesses to town, including Potbelly Sandwich Shop, which opened in March, and Portillo's, which will open in September.

Hofeld is known for his assertiveness and inventiveness in pursuing businesses he thinks local residents want and that look like they would be a good fit for the community.

He said he made an impression on Portillo's founder Dick Portillo several years ago by taking a Portillo's advertisement and converting it into a pitch for locating a restaurant in Homewood.

Portillo remembered that ploy when the two later met to discuss the possibility of opening a Portillo's restaurant in the village, Hofeld said.

"You've got to get their attention," he said.

His Portillo's campaign took about 10 years to pay off. He's been working on Trader Joe's since early 2007, when he wrote to Trader Joe's German founder, Theo Albrecht.
In German.

"When you have plans to visit the United States, please contact me so that you can stop in Homewood and we can 'break bread together.' Sincerely, Richard Hofeld, mayor."

Hofeld said he got help with the German translation from Trustee Jay Heiferman.

Hofeld continued to correspond several times per year with various Trader Joe's leaders following Albrecht's death in 2010. Sometimes he played it straight. Sometimes he employed alliteration. Often his letters were peppered with puns.

In one, he played off a Trader Joe's advertisement for bananas with a punful "apeel" to the company. It was signed, Rich Hofeld, Top Banana.

His most recent correspondence was sent in November 2014. In it, he concludes, "I wouldn't encourage any business to come into town unless it would be successful. Your store in Homewood would exceed your expectations."

Some of the responses from company officials have been terse and formal. Some have shown appreciation for his humor. None have given any indication that Homewood was high on the company's list of potential locations.

Hofeld is not daunted. He alerted Albrecht in that 2007 letter that he would be persistent. And so he has been.

Now local Trader Joe fans can join the mayor's campaign. Be as creative or straightforward as you like in your pitch to Trader Joe's using this form:
http://www.traderjoes.com/contact-us/location-request