After months of discussion on a realignment of Flossmoor District 161’s transportation system, school board members Monday agreed to start the new academic year with six fewer bus routes. 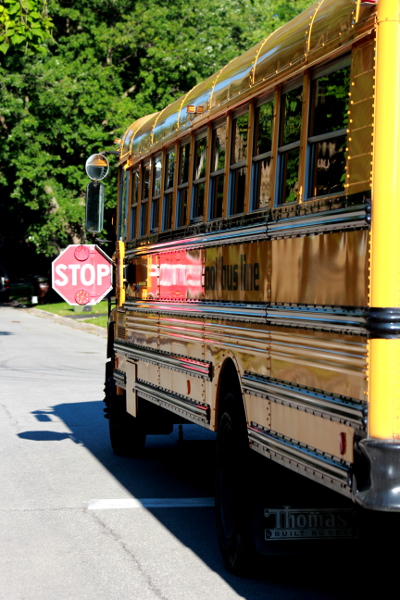 The reduction in bus routes will cut about $200,000 from the district budget for the coming year, Superintendent Craig Doster said. Board members approved his recommendation to trim the number of routes.

Doster said the reductions will only affect students in the district’s four elementary schools and bus routes for Parker Junior High are unchanged. With the reductions, each bus will now carry between 35 and 40 students, he said. Buses have a capacity of 71 students; according to Doster, District 161 elementary buses currently are averaging 22 students per route.

Reducing the number of buses this year emerged as a key component of efforts to trim the District 161 budget for the new fiscal year. Board President Stephen Paredes said Monday that Doster had originally called for cutting as many as 13 bus routes. Each route costs the district nearly $34,000 a year.

In a March letter to District 161 parents, Doster said realigning the elementary bus routes would increase the average riders to approximately 40 students per bus and increase the riding time by 15 to 20 minutes. Currently, the average riding time for elementary bus riders is 10 to 15 minutes. The first elementary bus stop would begin picking up students at approximately 7:35 a.m., compared to 7:50 a.m. this school year. The afternoon bus routes would also be extended by 15 to 20 minutes.

In a survey, parents were asked their opinions on the transportation realignment. The district also presented a community forum on the bus route reductions last month.

District 161 spends $1.071 million per year on transportation. The State of Illinois currently reimburses the school district approximately $500,000, with the balance coming from local property taxes.

Doster asked the school board to realign the bus routes to make the transportation system more efficient and also to save money. In February, Doster and Frances LaBella, District 161’s assistant superintendent for business operations, introduced a series of cuts that, if approved, would reduce the upcoming school budget by $1.7 million. Those proposals included the bus route reductions.

In March, the school board trimmed about $650,000 from the proposed 2015-16 fiscal year budget, which is to be approved by September. The school bus reductions were delayed until after the community forum and the completion of the survey.

Earlier this year, LaBella said a $200,000 deficit was likely but it could go as high as $1 million if Illinois does not meet its scheduled school funding payments due to lack of state revenues. Following the March cuts, she said the budget cuts should make “a significant dent” in any deficit during 2015-16.