The Homewood District 153 school board is considering shifting fifth graders to Churchill School as a cost-cutting move. 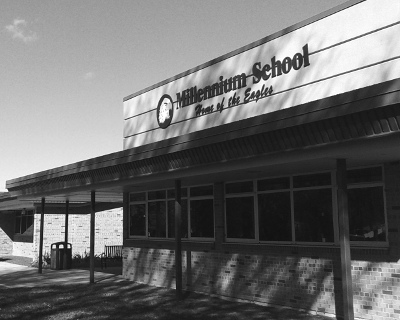 Parents were notified of the proposal Friday as administrators and school board members look at ways to save money in light of decreasing state support. Shifting students could save as much as $600,000 per year.

Millennium School would be dissolved as a functioning school as of June 2016. The building will revert to James Hart serving sixth, seventh and eighth graders. The space would find new uses for classroom and teacher projects and other district needs.

The district has lost $2 million over the last five years as the state has reduced school funding. The 2016 budget was balanced because the district had money in reserves, thanks to voters approving a 2011 referendum to increase taxes for seven years.

The referendum tax reserves are drying up, and the school board is looking at all options, including the student shifts and a request to renew the referendum funding.

The community is invited to informational meetings at 7 p.m. Oct. 28 and Nov. 9 at Millennium/Hart School, 183rd and Aberdeen.

“We want the community’s input. The schools belong to the community, so we want to know what they’re thinking so we can make a plan that will work,” said Shelly Marks, president of the school board.

In 2003 the district moved from neighborhood schools to grade centers. Schools were bursting at the seams then with more than 300 students above the average enrollment. At the time, even closet space was converted for education needs.

To solve the problem, the district added a wing on to what had been James Hart Junior High to create Millennium School. The shift put kindergarten through second grade at Willow School, third and fourth grade at Churchill, fifth and sixth grade at Millennium and seventh and eighth grade at Hart.

The proposal to keep fifth graders at Churchill will keep younger students together longer and reduce the number of times students switch schools from three to two, according to Superintendent Dale Mitchell.

District 153 has 1,918 students enrolled.  Mitchell said the district has seen a drop in enrollment the past decade and forecasts don’t project any significant enrollment growth.

The new configuration will help balance enrollment between Willow, Churchill and Hart Schools, he said, but still mean losing a principal, assistant principal, dean and other staff positions.

“The hardest thing for us is we really care about these people, and disappointing them or changing their lives we don’t take that lightly. We put the students first and it’s not always an easy balancing act but we have to consider our students and our finances,” Marks explained.

“We really wanted to find solutions that would have the least impact on student learning,” she added. “We want to maintain class sizes, maintain the richness of the curriculum we offer…and this allows us to do this.”