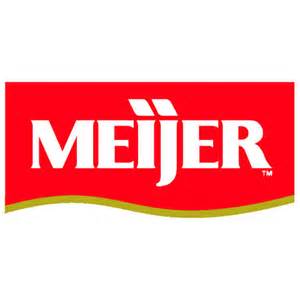 With construction to begin this spring on Flossmoor’s largest commercial project in decades, village staff is preparing to review plans for the 192,000-square-foot Meijer superstore.

Meijer is expected to submit construction plans to the village in January. When that happens, Flossmoor will seek outside assistance in reviewing the plans. Assistant Fire Chief Keith Damm, who heads Flossmoor’s Division of Inspectional Services, said B & F Technical Code Services, of Hoffman Estates, is likely to be chosen for the plan review.

The Meijer construction was one of several priority projects for 2015 outlined at Monday’s Village Board meeting. Village staff reviewed Flossmoor’s finances halfway through the current fiscal year and presented goals for 2015 projects.

Damm told the Chronicle that B & F will perform a comprehensive plan review. The village will receive the first review back from B & F within nine business days from the date Meijer submits its plans. B & F’s services will include a review of the building plan, plumbing, mechanical, electrical, sprinkler, National Fire Protection Association Life Safety Code, fire code, energy code, and fire detection and alarm systems.

B & F will also provide unlimited telephone consultations. Flossmoor is also expected to use B & F’s services during the construction phase of the project, Damm said.

According to the village’s timetable, the plan review will be completed and returned to Meijer within two weeks. Construction should begin in March or April, depending on the weather, Damm said. Construction is expected to take at least one year to complete.

The Meijer center will be built on the north side of Vollmer Road just east of Crawford Avenue. Site work for the project started this year. Besides the Meijer store, the plan also calls for buildings on two outlots, and a gas station. The development will wrap around the existing BP station. Two additional outlots will remain undeveloped as green space at the request of homeowners in the adjacent Ballantrae subdivision.

Other capital projects considered priorities for 2015 include:

During Monday’s midyear fiscal review Village Manager Bridget Wachtel presented a comprehensive analysis of Flossmoor’s finances. The village has positive balances in all funds, she said, and remains financially strong as 2014 comes to a close.